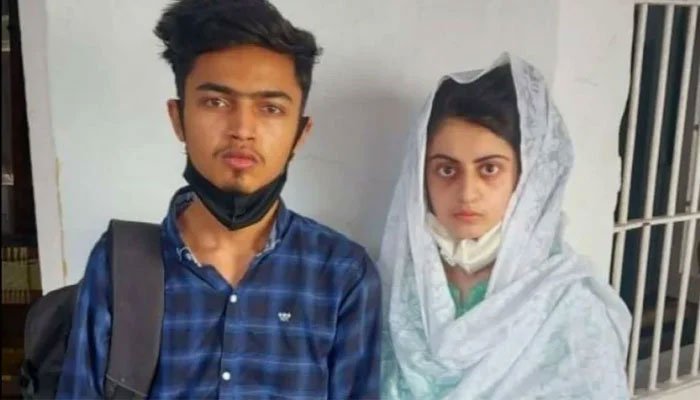 Dua Zehra’s case is finally coming towards its conclusion after Dua Zehra’s recovery. The case became high profile when public and media talked about it. Today, anchor Iqrar Ul Hassan has revealed that Zaheer Ahmed has also confessed about his crime.

Iqrar Ul Hassan said, “Well congratulations because the biggest news is about Zaheer Ahmed, he finally confessed in the court today in the Dua Zehra case.

Zaheer said that he is not only involved in the Dua Zehra case but the whole gang is behind it. This confession proves our claim about Zaheer Ahmed that it is true that he was used by the gang to catch Dua Zehra to later take her to a suspected location.

Zaheer Ahmed informed the court that he was We earlier said that it was the entire gang involved in the kidnapping of Dua Zehra , was caught in Zaheer’s fake love story. Iqrar Ul Hassan added, “Well, Dua Zehra is in safe hands, she has been transferred from Lahore to Karachi.

” Iqrar Ul Hassan further said, “Today Zaheer Ahmed accepted and admitted in the court that Dua Zehra did not come by herself and his present confession refutes his own false claim about Dua, Zaheer said that Dua went to Lahore independently but now drama has come.

to the light. Zaheer, YouTubers, lawyers and Zaheer’s mother made false claims about Dua Zehra. They are all part of this gang.

We don’t want to show the video and prove that the whole country knows Zaheer is wrong. No one bought Dua’s story. Logical people don’t buy it. Zaheer’s phones show that he is in Karachi. After all the evidence, Zaheer has to confess his crime.” Watch Iqrar Ul Hassan’s detailed video.